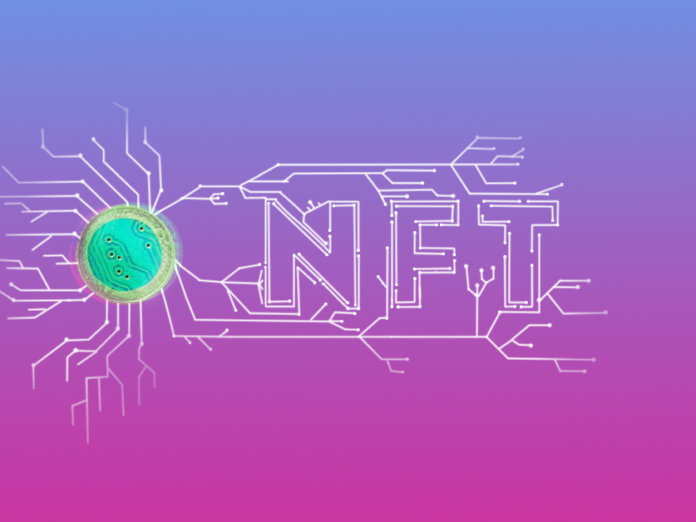 Non-fungible tokens have changed the traditional rules of the art world. Many still don’t know what they are or how they impact climate change. Ignas Vieversys looks at the other side of the token to decipher the invisible threat of this crypto-mania

It’s been a long year. While we been stuck between the four walls during months long lockdown, many things that we left behind followed in the form of ones and zeroes. Zoom brought entire offices and schools to our living rooms; Clubhouse filled the gap left by dearly missed real-world socializing. The biggest shift, however, happened in the arts world when the most sought-after artwork was not Rembrandt or Pollock but a string of digits. And if we thought art is expensive, wait until you hear what price Earth is paying.

Non-fungible tokens, or NFTs, are essentially a cryptocurrency-powered signatures. When graphic designer Mike Winkelmann, known as Beeple, sold his purely digital art collection for a record-breaking sum of £49 million this March, the highest bidder received a one-of-a-kind computer-generated code proving the ownership of Winkelmann’s collection. “It’s a modern equivalent of a signed document art collectors receive,” Gregory Barber, technology-journalist at WIRED (US), explained in an email. Since then, the NFT market has boomed, bringing as much as £125 million in a single day.

Turns out, money is not the only price that’s being paid for NFTs. Last December, after a French artist Joanie Lemercier became concerned about the energy consumption behind his instantly sold NFTs, technology artist named Memo Akten conducted a research that revealed the other side of the token: environmental impact. In 10 seconds that took to sell the digital artwork, it consumed more electricity – 8.7 megawatt-hours – than Lemercier’s entire studio over the period of almost two years. That’s 56 thousand hours of Netflix or 14 entire barrels of oil consumed right there. With a click of a single button.

“If I were to sell my non-fungible token, that transaction needs to be verified by the system,” Jeremy Cheah, Associate Professor of Crypto-Finance at Nottingham Trent University, told during a Zoom call. “The moment that happens, the mathematical problem [underneath the code] begins – that’s where a ridiculous amount of computer power goes to.” According to Memo’s research, the single-button press process of turning a digital file into a token, or ‘minting’ as it’s called today, alone results in 24 KgCO2 emissions, or entire four cylinders of propane. Combine all the processes behind an average NFT, from minting to selling, and the number jumps to eye-watering 211 kgCO2 (or emissions of a 2 hour flight).

Here’s the worst part: as the number of artists, art collectors and, of course, celebrities interested in this phenomenon grows, so does the size of carbon footprints. “The way cryptocurrency-based applications work is, the more users you have on the network, the more energy consuming it gets,” Jeremy explains further. Since 2017, the amount of energy needed for the same interaction within Ethereum, which hosts most NFT applications, increased 22-fold (roughly), according to Digiconomist’s ‘Ethereum Energy Consumption Index’.

How bad can it get?

“It’s still relatively small. But it is definitely growing very drastically,” Jeremy says, continuing, “there will be a breaking point when the energy costs will be so high, it won’t be possible to do this without using sustainable energy sources.” Which would be a good thing, right?

Well, yes and no. As it turns out, 76% of ‘miners’, or users who power every cryptocurrency action on the network, use some form of renewable energy already (according to Cambridge data). That’s the good part. But Jeremy is skeptical that the drive to use sustainable, clean energy sources comes down to altruism.

“I don’t think most of them are environmentally conscious about their decision,” he says. “It’s more likely to be a consequence of using the cheapest form of energy which just happens to be from renewable sources.” According to Gregory, the switch to renewable energy can also result in negative, long-term consequences – such as “pushing demand from other users (such as households) to dirtier energy sources, given a limited supply of renewables.”

“The story is the same as with most modern technological revelations – cryptocurrency included,” Jeremy explains. “What’s seemed to capture people’s attention with the current boom of NFTs is limited supply. When there’s only one original, that’s already a collector’s item.” Just last month the founder of Twitter, Jack Dorsey, has sold the first ever tweet made by him in 2006 for a breath-taking sum of £2.1 million. While the creator of the world wide web, Sir Tim Berners Lee, will be auctioning the code behind his revolutionary invention as an NFT in the upcoming weeks.

What can be done?

While there are counter-intuitive, last resort solutions such as government regulation of cryptocurrency based applications, Ethereum 2.0 is the Holy Grail. It has been lingering on the horizon for the last year and it’s promised to be a game-changing upgrade to the current ecologically-heavy model. How game-changing are we talking about, thought?

“Ethereum 2.0 is expected to consume over 99% less energy,” Susanne Köhler, a PhD fellow who researches sustainable blockchain technologies at Denmark’s Aalborg University, confirmed in an email. And while it sounds almost unbelievable, Thong Dao, crypto-finance professor, gives a rather simple explanation. “Essentially, you’re going from a system that depends on running many machines to keep the blockchain secure, to one that does not rely on any extra hardware at all,” he said over our Zoom conversation.

Waiting for game-changing innovations such as Ethereum 2.0, however, seems as ludicrous as the issue itself. Especially with the number of non-fungible token enthusiasts and computing power required to back it up rising every day. Memo, who’s individual research acts as the most accurate breakdown of environmental cost of the NFT craze yet (Susanne confirmed that there’s no peer-reviewed study of inner mechanics and pollution of NFTs), holds the same view. As he famously wrote back in December:

“While this will (hopefully) resolve the energy problem, it does not address the larger issue. Given the constraints imposed upon us by global warming — we have a severe problem if we cannot discuss the issues of today.”

Now, if we could only mint and get rid of those too…