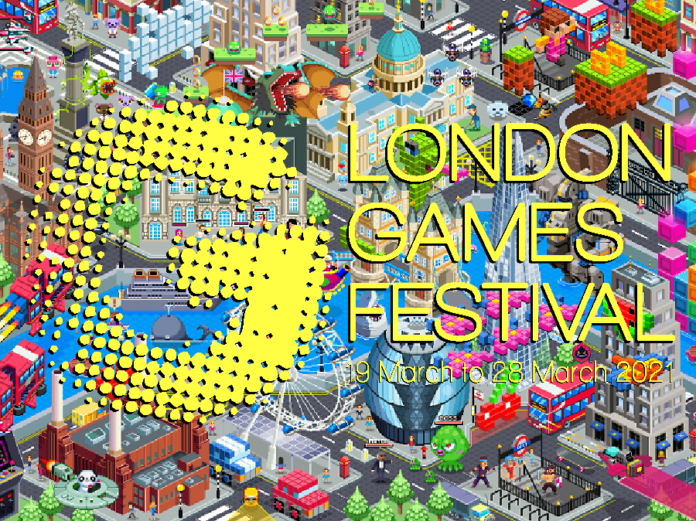 UK’s biggest celebration of video games, ‘London Games Festival’ (LGF), is coming back online on March 19 with a new addition – the ‘Official Selection’.

Striving to make London ‘the games capital of the world’ since 2016, LGF has revealed the full programme of its sixth, 2021, edition. This year it presents a curated list of 40 selected titles.

“We received over 120 submissions from all around the world,” told Michael French, 40, festival director. “From Israel or Serbia, to Australia or Peru – game industries that most people might not know about. Part of Official Selection’s goal is to educate.”

Niklas Mikkelsen, 27, co-founder of ‘Something We Made’ studio, based in Karlshamn, Sweden, who’s upcoming game TOEM was selected for the Official Selection, said he was surprised to be chosen.

“It’s hard to get an understanding of how people view TOEM when we’re knee-deep into its development. It feels great to be a part of nominated games. It’s a very strong and vibrant lineup.”

Official Selection’s games will cover four themes: Made In London, Narrative Excellence, International Innovators and Pick Up and Play. A number of the titles are due for release during the festival period, while others will have ready-to-play demos.

“We have been running many digital events in the last 12 months. And we realized what was missing – a chance for participants to play these new games, have them available,” explained Michael. “This is a great opportunity for the festival to grow.”

One of the selected titles, Dead Man’s Phone, a BAFTA-nominated interactive crime drama, made by Electric Noir, based in London, would not be here today without the help of LGF, told studio’s founder Nihal Tharoor, 28.

“We’re thrilled to be part of LGF’s first Official Selection. It opened the door at the very beginning when we didn’t know anyone. And I really can’t imagine what situation we’d be in if it wasn’t for London Games Festival,” he added.

Together with Games London, LGF helped to establish and grow businesses in the UK that are now collectively worth over £60m — last year alone Nihal’s studio have collected funds from various venture capital firms for £0.5m.

Continuing on its mission to promote ‘Games Are Good For You’ message, started last year, LGF is partnering with games industry charity Safe in our World on its new ‘Safer Together’ campaign, opening up the mental health conversation.

“Games have become such a huge part of everyone’s lives. Many use games as a lifeline during the pandemic,” said Michael.

Mentioning World Health Organization’s scrutiny over video games, he added: “We want to promote ways in which games can be used for good causes. Many games we selected for Official Selection do that.”

Other highlights of the celebration include: a special event with the renowned filmmaker John Carpenter; two exclusive music performances; The Museum of London virtual video games tour, and the ‘Now Play This’ event, which will feature additional 25 games focusing on climate crisis.